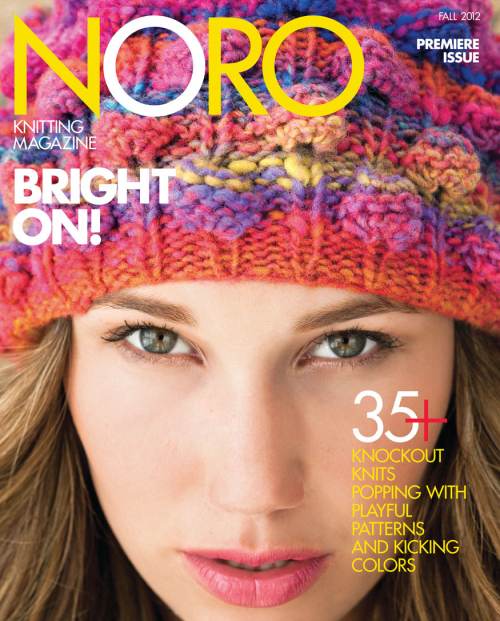 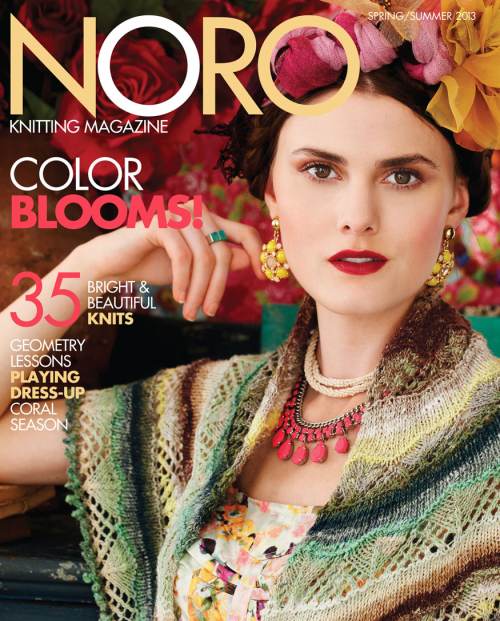 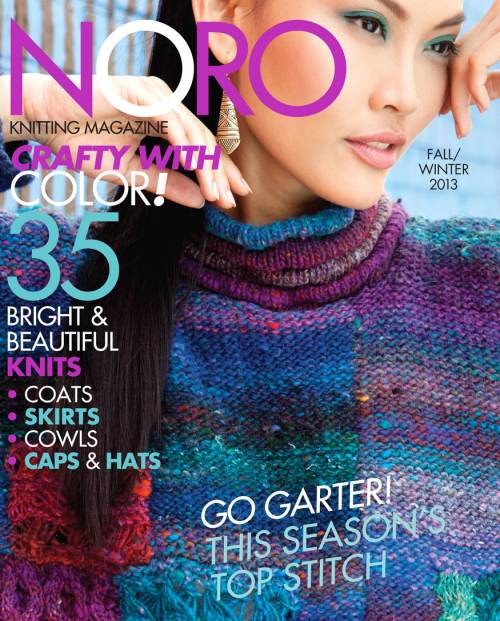 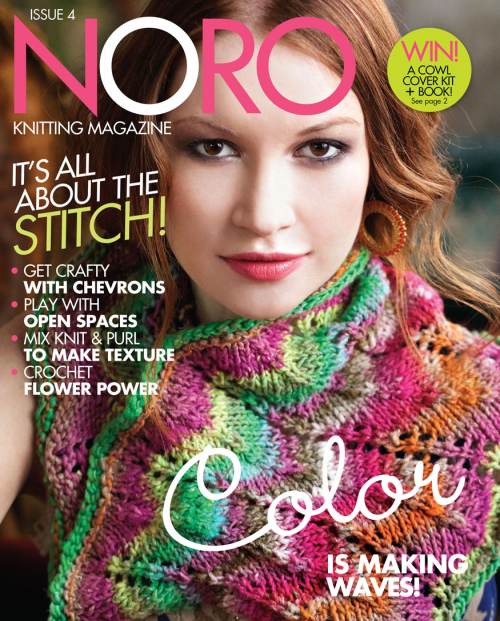 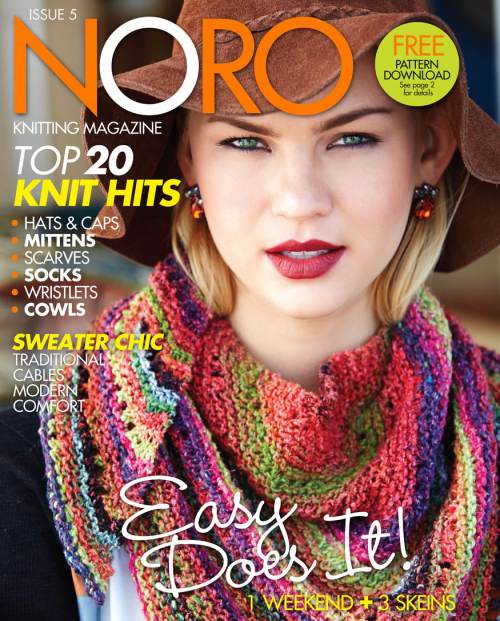 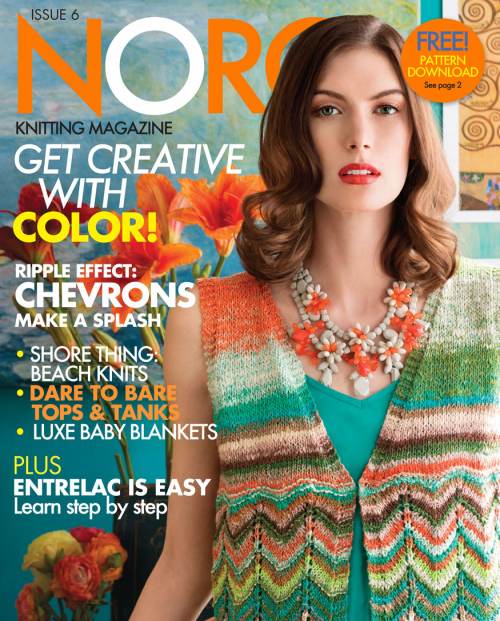 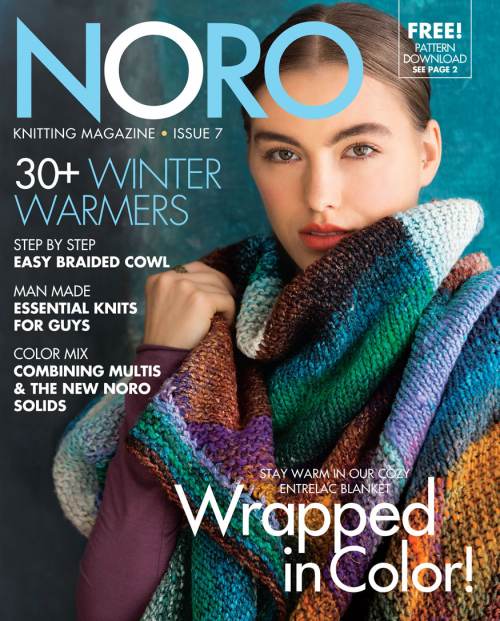 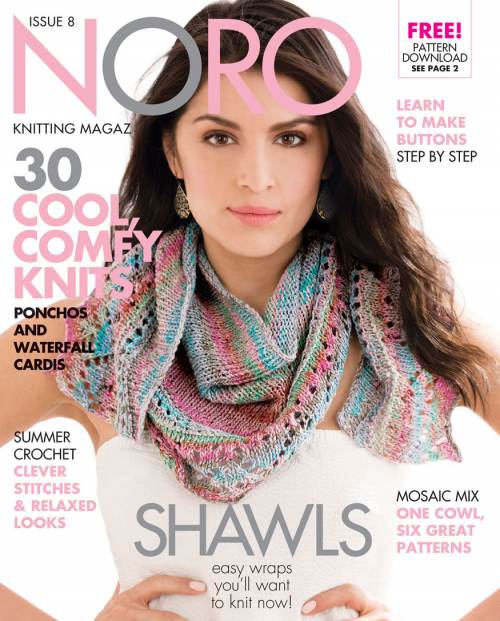 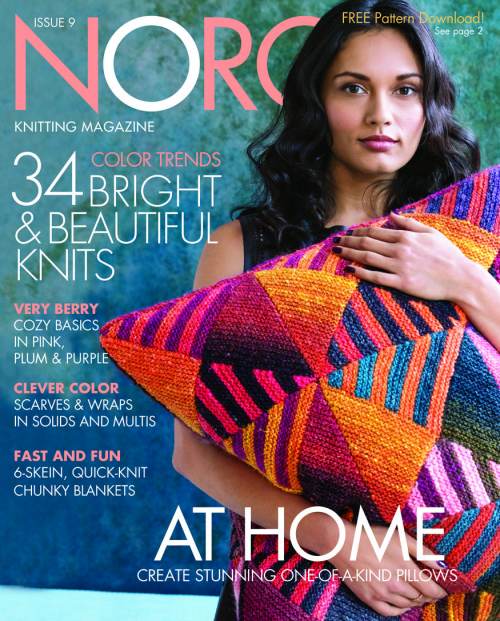 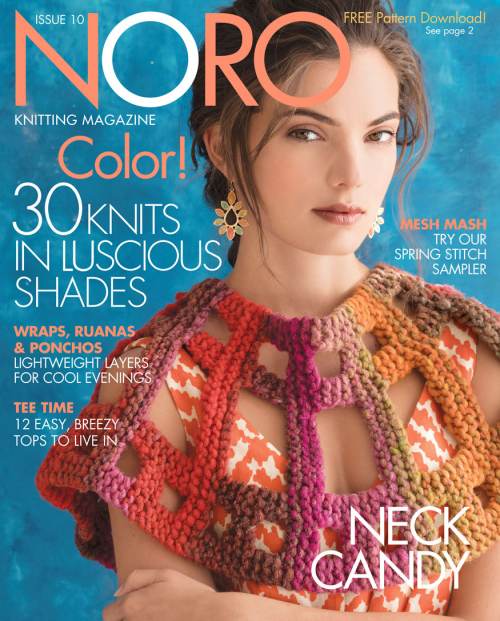 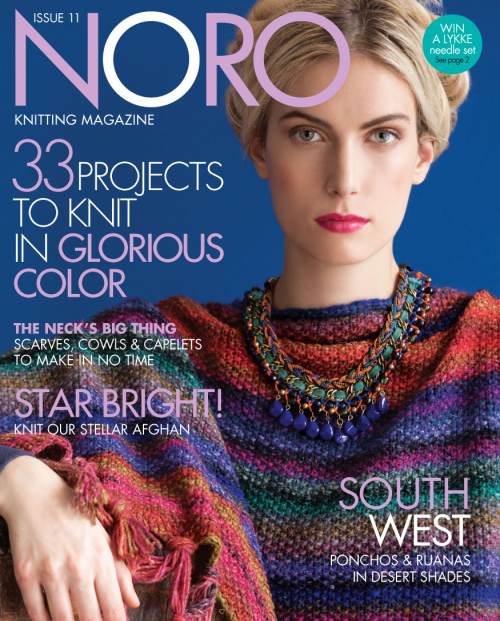 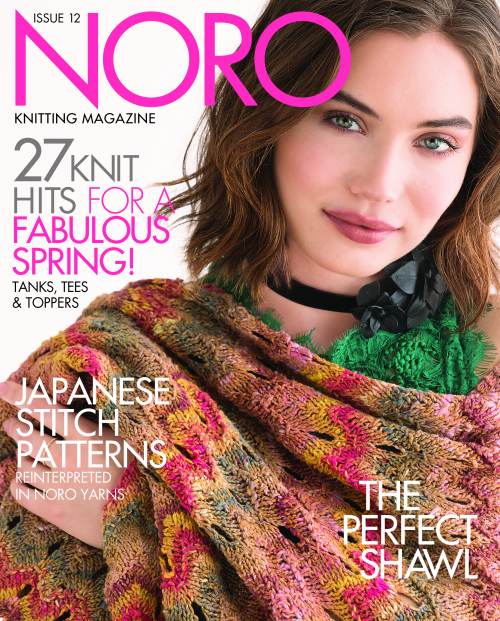 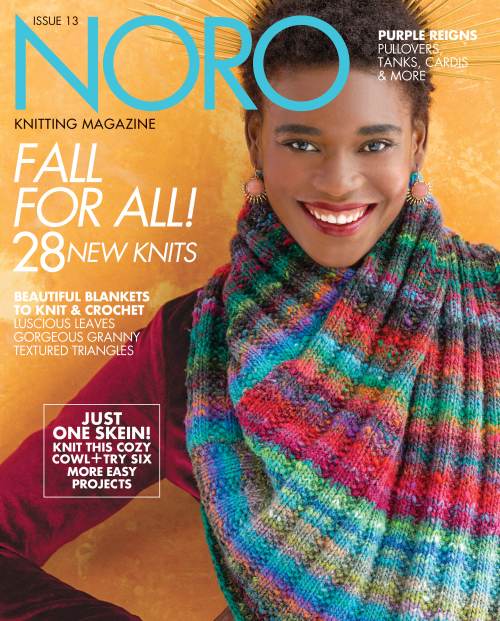 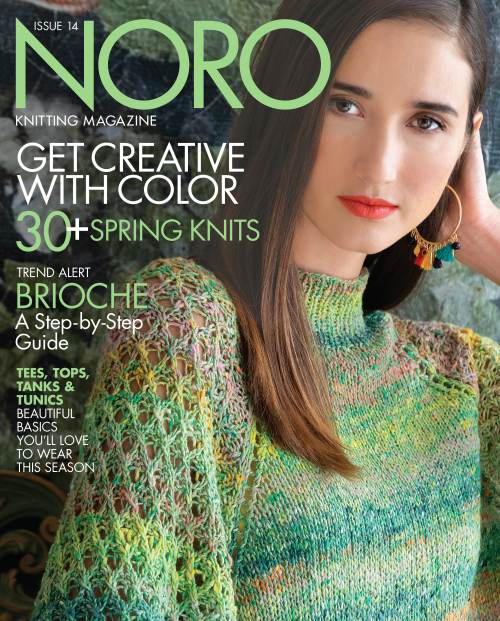 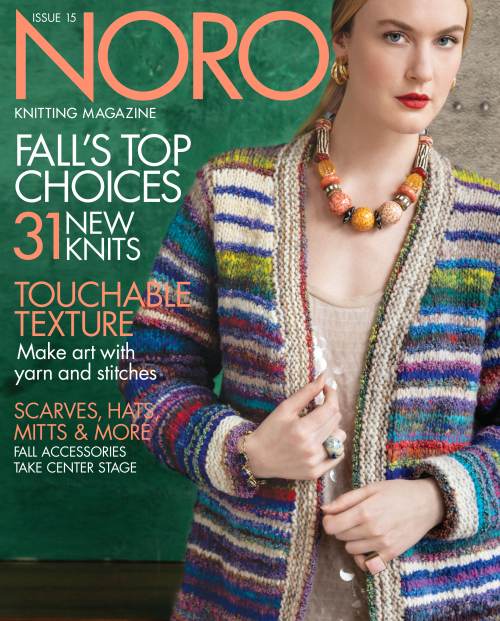 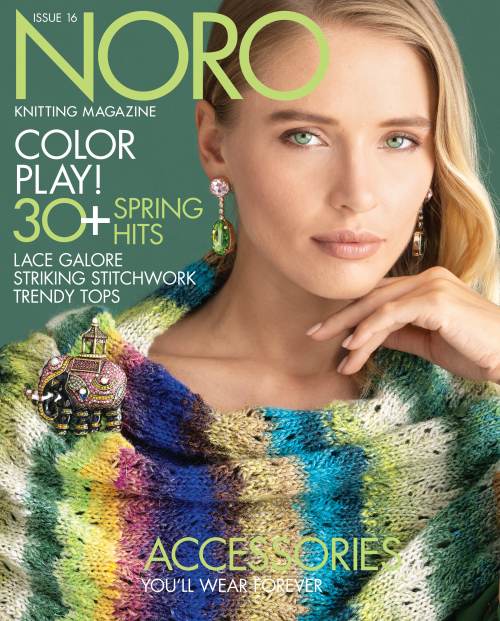 1. Materials The correct yarn amount is 2 Skeins of Noro/KFI Kureyon in #102

The yarn requirement is incorrect as printed.

4 balls of Noro/KFI Hitsuji in #10 are needed to make the project.

1. Notes 2) At front and back neck, work yo's only if you have a matching dec in pat and vice versa. Work sts in incomplete reps in St st.

Work as written to ..

A k was omitted from the following line of instruction-

The Garter Stripe Pattern using both A and B was omitted.

1. Add the following to the instructions, between NOTES and SHRUG-

2. Include the underlined sentence as follows:

Shrug With A, cast on 226 (242, 266, 278, 294) sts. Join, taking care not to twists sts, and divide evenly on circular needles. Place marker (pm) for beg of rnd and sl this marker (sm) every rnd.Work in Garter Stripe Pattern as follows: Next rnd ..continue with pattern as written.